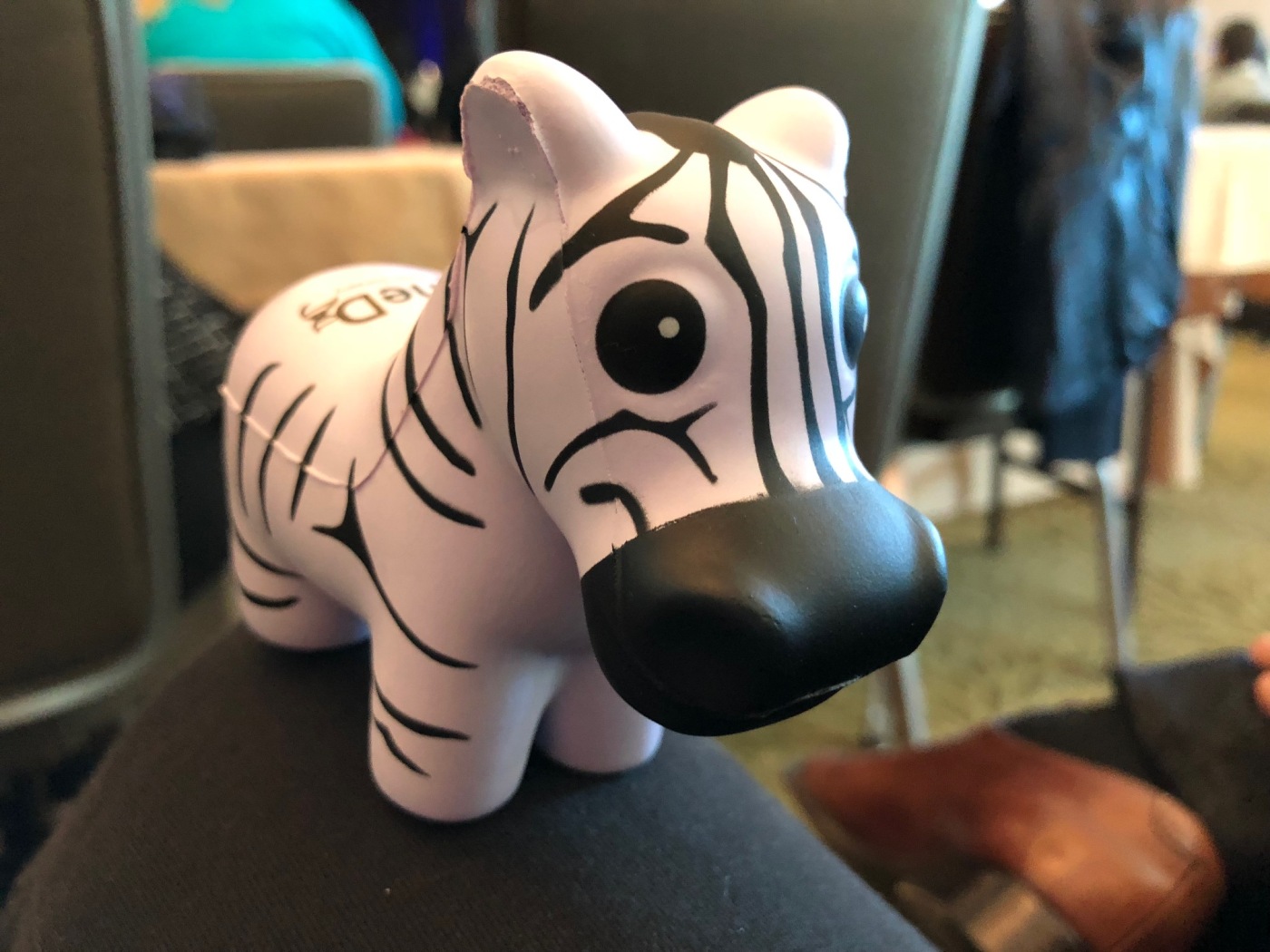 (There is so little information about PIGA outside of scientific publications, so I wanted to put together some of what we’ve learned so far. Sorry in advance for all the science jargon!)

The PIGA gene is involved in a process called glycosylation [which is why it falls under the Congenital Disorder of Glycosylation (CDG) grouping]. The process of glycosylation is critical to normal organ development throughout the body. It seems especially critical for the development and maturation of the nervous system. (Source: http://cdgcare.com/what-is-cdg/.)

So broadly speaking, Emmett has a CDG. And even using that broad label, there are only about 2,000 people worldwide diagnosed with a CDG, showing just how rare it is. (In the U.S., a rare disease is defined as one that affects fewer than 200,000 people.)

CDGs have been found in seven of the eight glycosylation pathways. PIGA is found under the GPI-anchor pathway. (You can see the whole GPI anchor pathway here.) 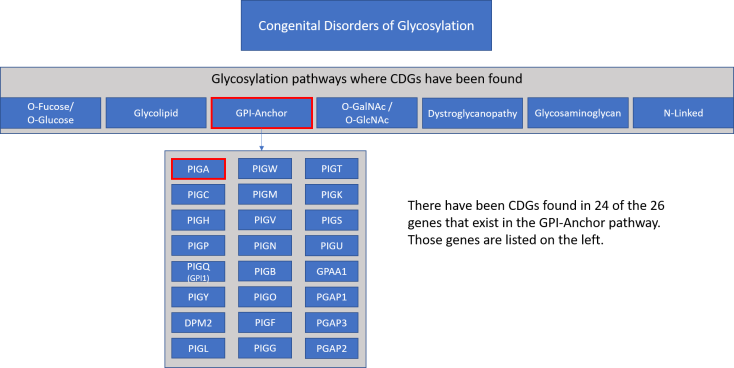 The PIGA gene encodes for a protein that is part of the enzyme complex that catalyzes the first step of the GPI-anchor synthesis process.

To date, we’re aware of ~30 individuals ever found to have a PIGA mutation, many of whom passed at a very young age due to aspiration pneumonia. It is the second most-common GPI-anchor genetic mutation behind PIGN. It is my guess, however, that more will be diagnosed as whole exome sequencing becomes more readily available and used.

The symptoms and severity vary depending on the individual, even within the same subtype and the same genetic mutation. However, for PIGA patients, you’ll often see these symptoms (probably dependent on how much enzymatic activity is left in the gene):

For Emmett, those “typical” symptoms are certainly present. When he was eight months old, he had a feeding tube placed, along with a fundoplication (for reflux) and inguinal hernias repaired. As a result of those symptoms, he has also had lifelong respiratory and GI issues… resulting in frequent ileuses and respiratory infections.

There are also cases with individuals with more mild symptoms, typically confined to seizures or more minor developmental delays.

This site (OMIM) has a clinical synopsis that captures almost all symptoms seen in PIGA patients.

As a whole, it’s important to know what to expect with your child’s disorder so that you can anticipate issues that may come up. (Now that we know Emmett has respiratory and GI issues whenever he isn’t feeling 100%, we know to start taking preventative measures to try and avoid or reduce those complications when he gets sick… for example, diluting his formula with Pedialyte or doing more respiratory treatments.)

We still continue to learn more about his mutation as we go, but this is a summary of the key things we’ve found so far. We will continue to update this page as we get more info. ❤

One thought on “About Emmett’s PIGA Mutation”