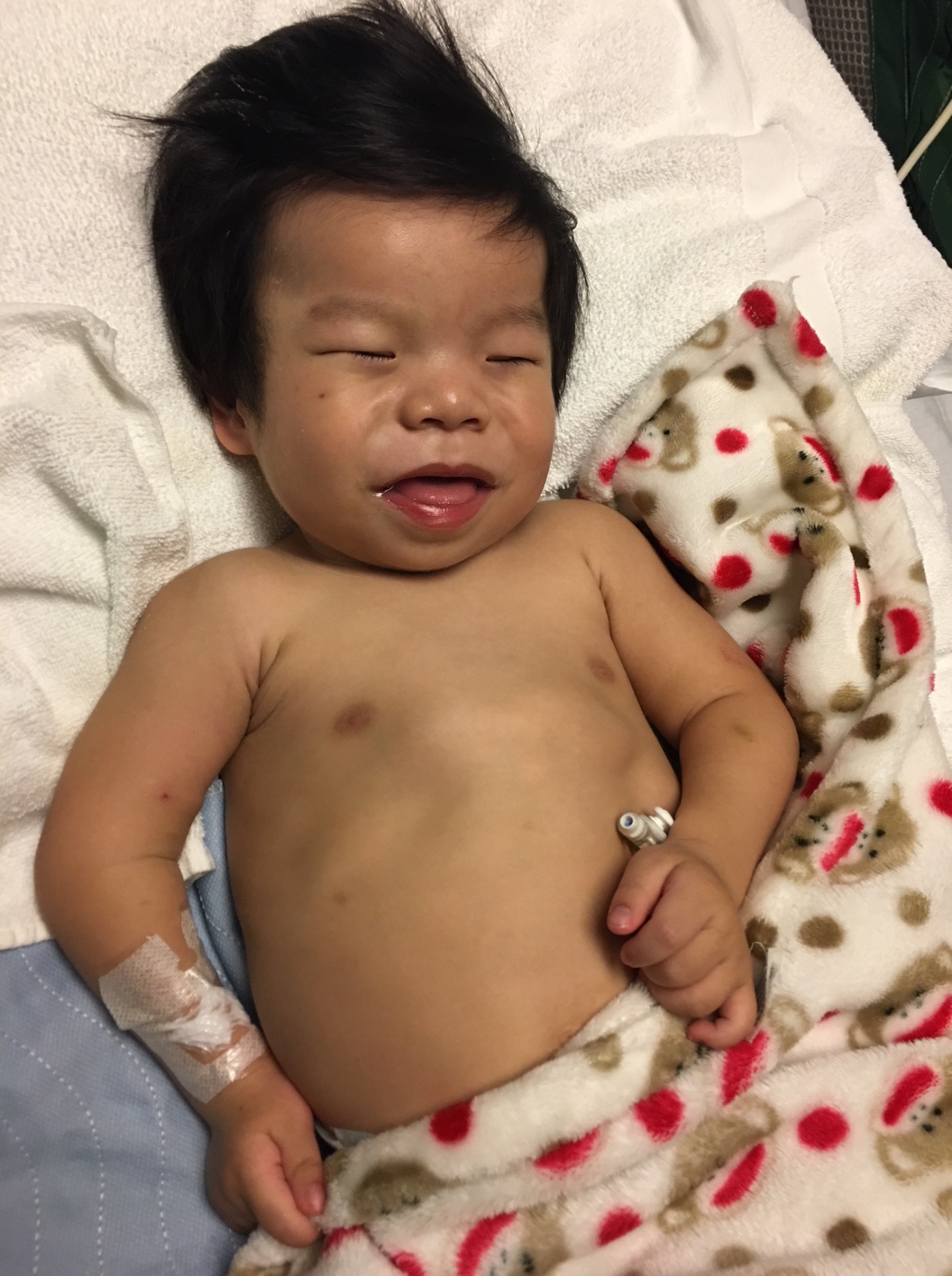 Since we’ve been back from the NIH, it’s been an endless cycle of hospitalizations. First for six days in the Pediatric ICU once we got home for respiratory distress. After that stay, we received an array of large respiratory machines so we could give him twice daily treatments at home. A vest designed to shake the mucus loose from Emmett’s lungs, a cough assist machine that pushes air into Emmett then sucks it back out, a nebulizer that delivers aerosol medications to him. Sometimes we have to deep suction him, which involves sticking a tube down his nose to suck out any lingering secretions. All of this because Emmett has low muscle tone and can’t move around like a typical kid. 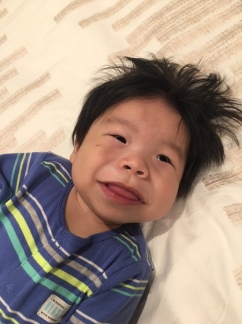 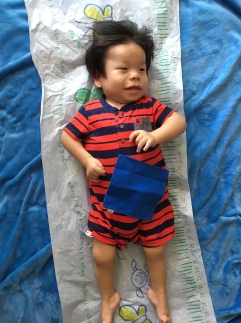 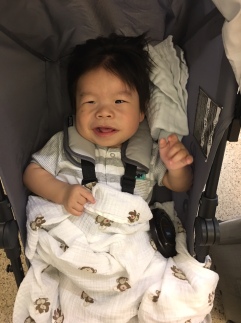 That same month, we went back to the hospital for two overnight stays; one for a sleep study that showed mild apnea, and another time for a repeat EEG that showed the keto diet wasn’t helping his seizures or brain pattern. Sept. 1, we started to wean him off keto and we started another medication, Felbamate.

In September, we went to Hawaii for a friend’s wedding, and brought my mom and Emmett. We ended up in the ER the morning after we arrived. He had gotten rhinovirus, which is basically the common cold. But because of Emmett’s ongoing respiratory and GI issues, he ended up needing to go on IV fluids and oxygen. We stayed for five days at Kapiolani, the children’s hospital in Oahu. (Everyone in Hawaii is always super friendly, and we found that that extends to their hospitals, which was nice.) We ended up having to rebook our return flights, but only stayed one extra day and night.

Mid-October, we brought him back for another repeat EEG to check whether the Felbamate was working, and it doesn’t appear to be making a difference.

A week ago, we brought Emmett into the ER again, this time at our usual hospital (UCLA Mattel Children’s Hospital). He had been vomiting on and off for four days, and ended up spiking a fever Saturday morning. (And so here I sit, back in 5 West.) They haven’t been able to pinpoint a cause for his illness, though the top guesses at the moment are some sort of viral infection they can’t find, or a possible obstruction in his GI. We were on the brink of leaving a couple days ago… he was taking his feeds just fine and seemed okay. But he started vomiting as we got him ready to leave, which put us back at square one. 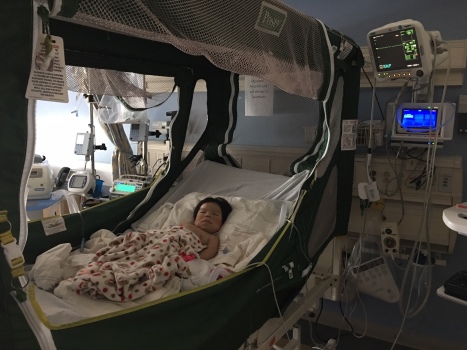 Resting in the hospital room 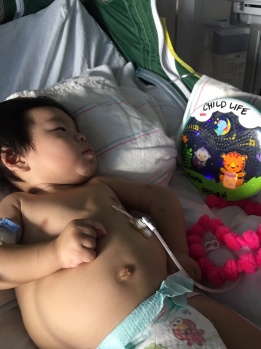 Trying to keep him entertained in his bed 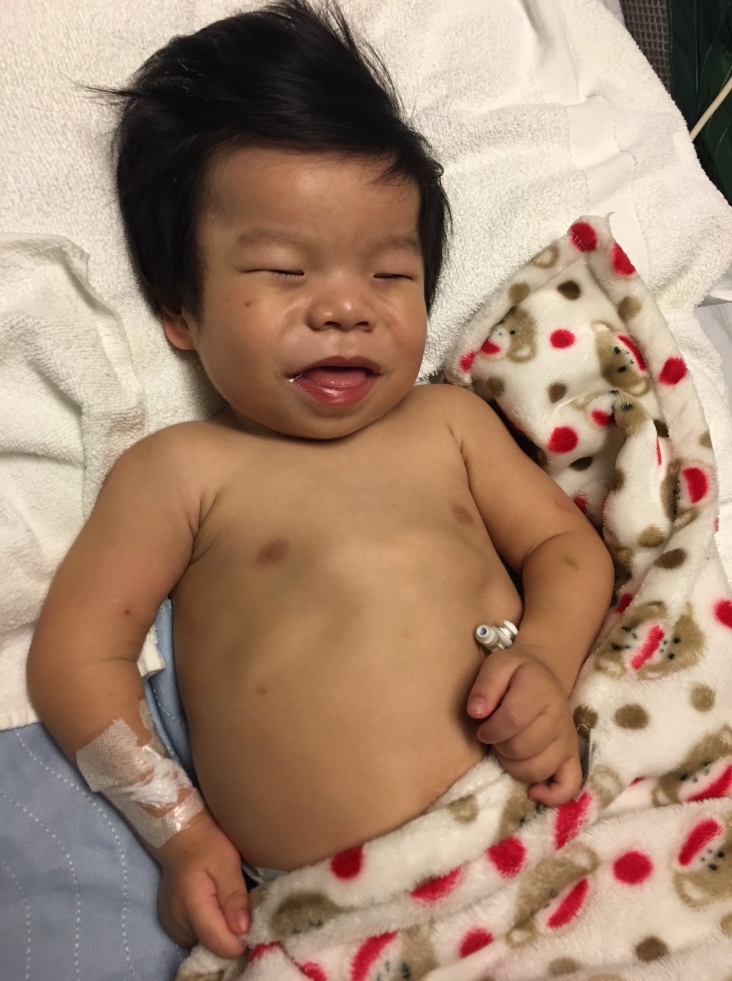 ❤ his happy smiles when asleep

Anyway, as you can see, it’s been an eventful summer/fall in Emmett world. Exhausting, to say the least, cause these hospitalizations always take a toll on our health and sanity. But hopefully we’ll be out of here soon. Our next step is to try cbd oil… it’s made from cannabis, but unlike the THC portion of cannabis, doesn’t give you the “high.” Most of the success stories we’ve gotten are anecdotal, but at this point, we’ve exhausted most FDA-approved medications so figured it was worth a shot. We’ll share more about how that goes later. 😊

3 thoughts on “Living the Hospital Life”